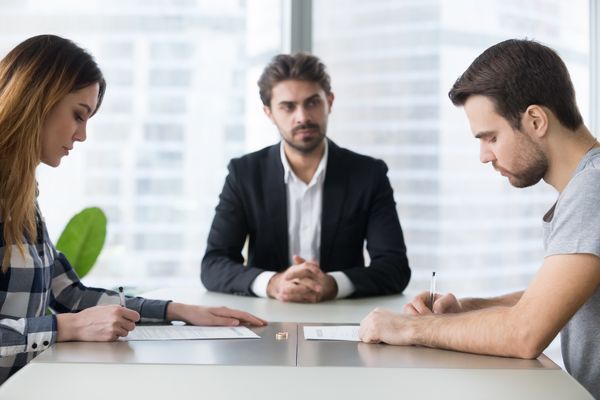 North Carolina is a no-fault divorce state, in which a court does not consider misconduct or the reasons for the end of a marriage when granting a divorce. Instead, courts can only look at whether a couple has been separated for a full, uninterrupted year and if at least one of the parties had the intent to remain permanently separated when determining if a divorce should be granted. If these requirements are met, the court must grant the divorce.

While one year and a day between separation and filing for divorce is not as long as some other states require, it can feel like a long time. (At least one state requires 18 months!) This waiting period gives a couple opportunities to truly experience their separate lives. With normalcy and stability in mind, couples must pay close attention to deciding how child custody and their finances will be distributed. While waiting for the divorce, North Carolina law allows spouses to create a separation agreement.

What is a Separation Agreement?

A separation agreement is a legally binding contract between couples that want to divorce or, perhaps, recently divorced. It is meant to provide a predictable and useful guide that reduces conflict while the couple is separated and awaiting the finality of their divorce, and it can include permanent terms to settle their marital claims such as their property division and child support. To be considered a valid agreement, it must be in writing, must be voluntarily signed by both spouses and notarized, and must not violate public policy. As a contract, the terms of a separation agreement are enforceable in court by a spouse when the other spouse breaches the contract.

There is nothing in North Carolina law that requires spouses to create such an agreement. However, they are common, because they serve such a useful purpose and often can be more efficient and less expensive that filing a lawsuit on the same matters. Separation agreements often address the major issues regarding money and children, such as:

It is critically important that you speak with your own attorney before signing a separation agreement. This is especially true if your spouse has retained an attorney, because it is often a conflict of interest for an attorney to represent both spouses seeking a separation agreement. You have significant legal rights, and you must understand these rights to make an informed decision.

If you are seeking a divorce and want to explore a separation agreement, contact New Direction Family Law. You deserve peace of mind, which a thorough separation agreement can help provide. You have important legal rights, let us assist you. We proudly serve clients in Wake, Johnston, Durham, and surrounding counties. Let us help you. Call New Direction Family Law today at (919) 719-3470 to schedule an appointment, or contact us at our website.